“Replacing manipulation with handling, expectation with waiting, certainty with trust, complaint with commitment, accusation with participation, rigidity with rigor, avoidance with attendance, efficacy with sufficiency, conditioning with condition, power with force, abuse with use and discarding with repairing”

in The Encounter is a Wound 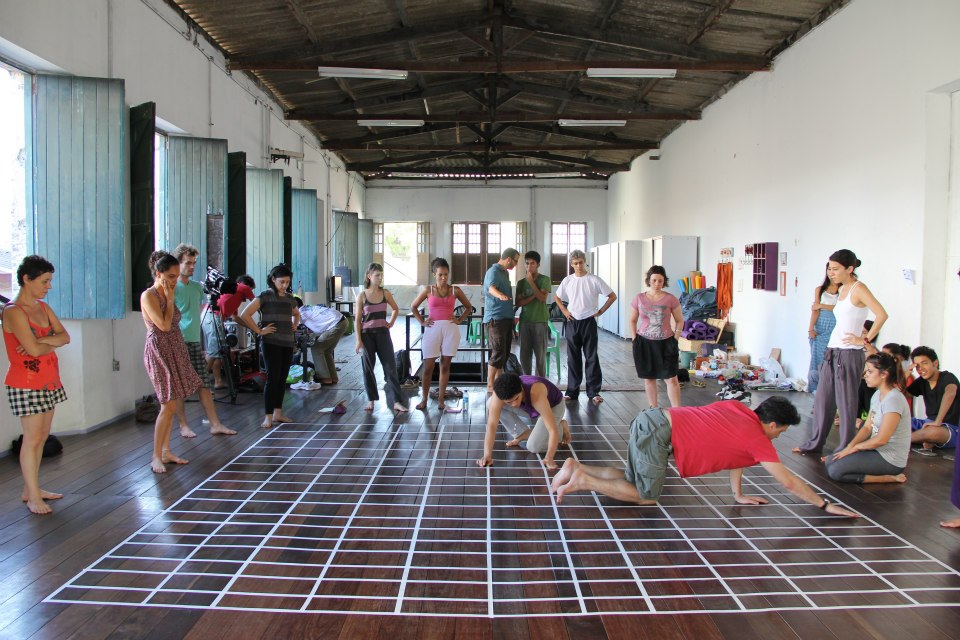 In Real Time Composition the role of the practitioner is not to understand but about to stand. There is nothing “under” the “stand”. Instead of trying to compose, to create, the only task of a real time composer should be taken is a stand, a position, so others can “pose” with. In Portuguese, the preposition “com” means “with” and taking a position-with instead of com-posing (arriving with a readymade “with”) is the performer’s main challenge in this practice. When this way of operation is put in motion a series of micro-relations between positions are activated (position-with-position-with-position-with-position…) generating a fractal type of “machine” that can be found in emergent organism and complex system in the biological, physical or computational worlds. This modus operandi allows collaboration to manifest in a more organic way. As a consequence and not as a cause. As a question and not as an answer. As a possibility and not as a certainty. Transforming fixed, rigid and closed compositions, into mobile, flexible and open relations is what characterizes and justifies the existence of a practice such as Real Time Composition 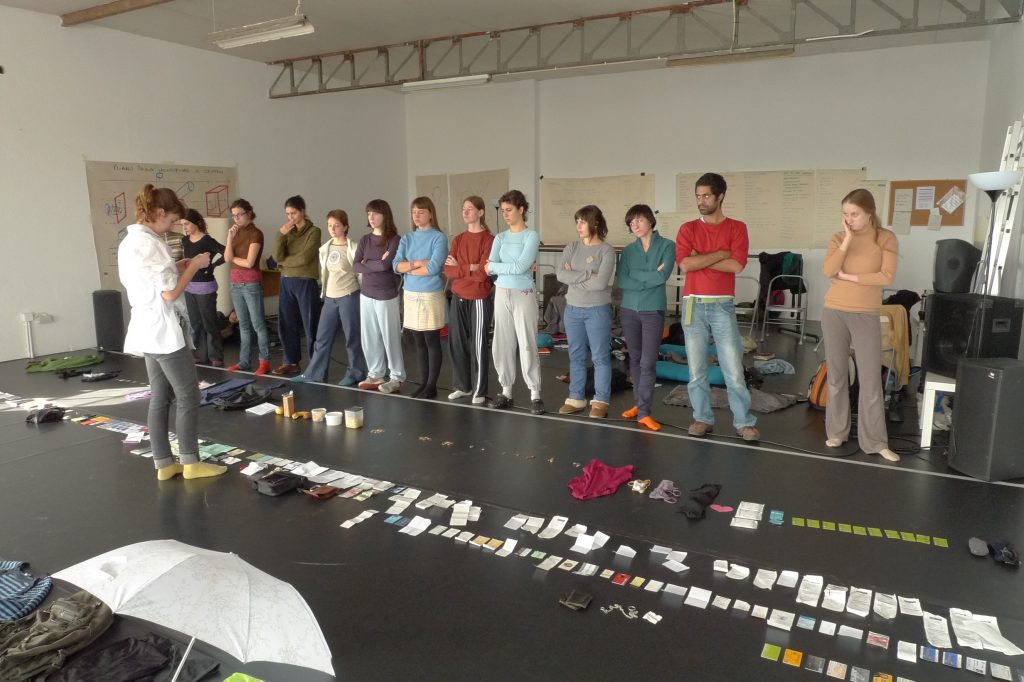 The operative system that hosts the practice of this tool is extremely simple. We start from an initial convention where there is an “outside” space and an “inside” space. This convention is activated in different ways and scales being the most common the simple division of the space  into two with a scotch tape  – which we call “body” scale – or the construction of a square – which we call “board game” scale. The “body scale” is the referential practice and the one to which we always return because it’s here that the complexity of an experience with its multiple layers of velocities and simultaneous events can be simulated and experienced fully.The “board game” scale is used mainly to study the concepts and premises of this proposition without the “interference ” of the body. This allows experience to decelerate and the relation of this proposition to be studied in a “frame by frame” approach.

Practitioners stand outside looking inside imagining/projecting possible forms of occupation of the space. This gaze, in Real Time Composition, is the first “move” and it happens, even if no one does anything. In this practice there is no hierarchy between those who do and those who observe and the practitioner can work intensely without ever having “made” a single gesture. From here the work unfolds in a “back and forth” between the “outside” space and the “inside” space applying the following principles and premisses:

The game begins when there is an interruption on the expected sequence of events.

Facing the void, before anything else, the player does nothing. “Doing nothing” is not stopping – immobilizing, paralyzing – but noticing. That is, activating an active form of suspension: observation. While “doing nothing”, the practitioner must use the temporary suspension of meaning and absence of direction to inhibit the temptation to make the questions that feed the need to denounce (“who?”) or comprehend (“why?”). The practitioner must replace them with the questions “what?” (properties) and “how?” (possibilities) that emerge from the event itself.

When the time to act comes (it always does), the practitioner shouldn’t act based on an expectation or a past experience. This game always starts from where one is, in the present event. Not from where one was or would like to have been.

This is a game of silent questions: each move is offered (and received) without the need of an explanation or an interpretation. In order to do that one needs to be, at the same time, open and complete (instead of closed and incomplete) and explicit and consistent (instead of implicit and coherent).

This game is divided in two different phases: a) find the game and b) play the game.

a) The first position offers the means in which to notice;

b) The second position relates to the material offered by the first, suggesting a direction;

Once the common plan has been found – a common direction and not a common meaning – playing the game is tantamount to postponing its end. How? By the ability to sustain the vitality of this common plan through handling the doses of difference and repetition introduced in the system at every given moment.

This game has no end, unless it is interrupted by an accident or the saturation of the system. In that case the practitioner should accept the end, observe (yourself observing) the void and “do nothing”.