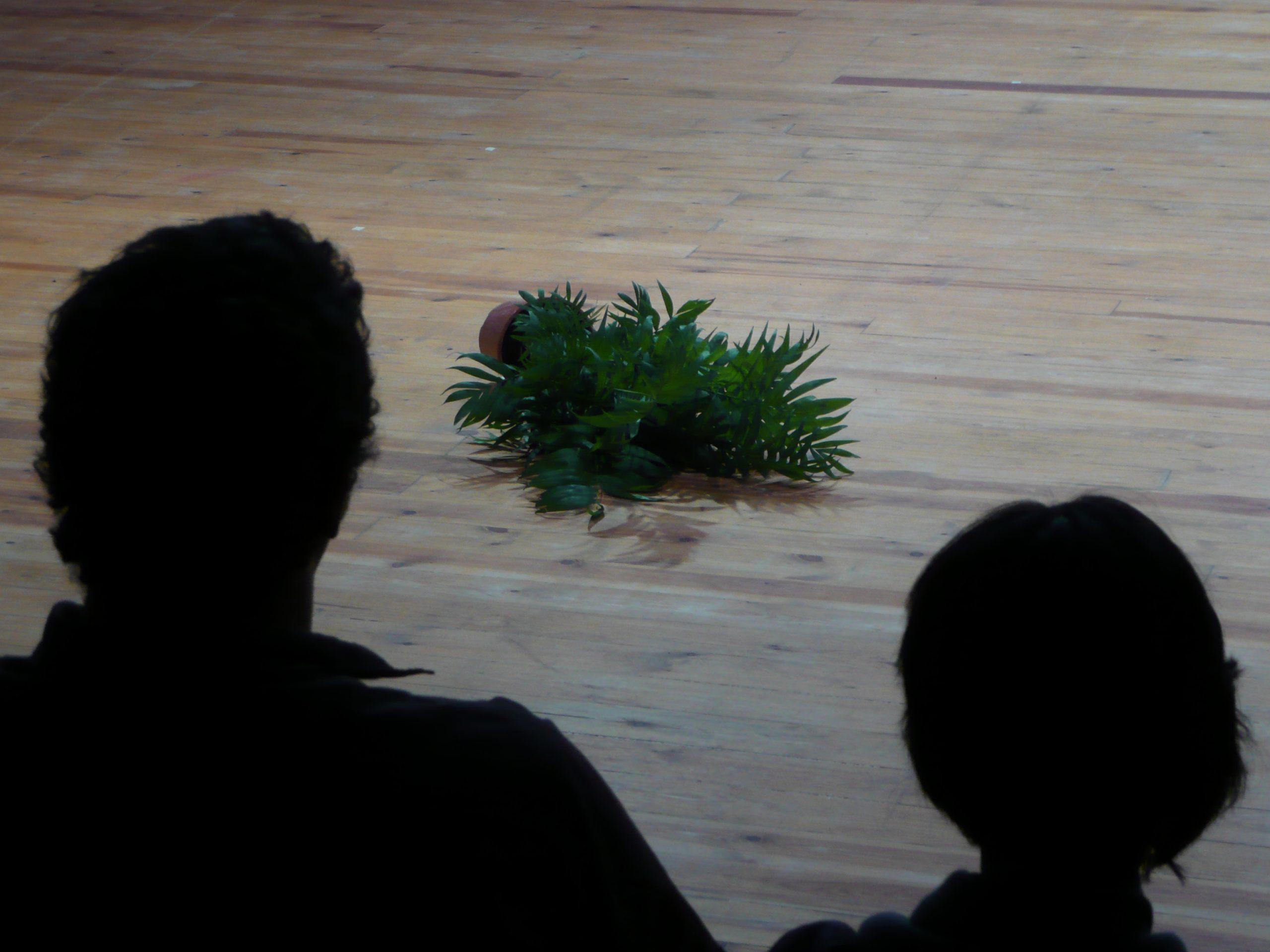 – And this plant, where does it come from?

(a note on the title)

The Portuguese title refers to a fold: a life lived in-between two sorts of occupations that keep looping back and crossing one another, as in a two-pronged spiral. As such, it conveys the ambiguous location where this work ends and starts, for which a good solution in English could not be found. That is why we decided to leave it untouched, and wander a little while around the senses it touches instead, very much like snuffling dogs. To the snuffling then: in Este corpo que me ocupa, the verb “ocupar” [“occupy”] has at least two senses. It refers both to “a body”, namely to “this” body that inhabits “me” – almost as in a territorial occupation, a “takeover”, though not necessarily by explicit force –, and to “this” body as the issue that has become “my” main concern, “my” main “activity”, namely a compulsive, unavoidable activity. Shortly, what we find in the title is a movement between modes of occupation, where “this body” that absorbs “me”, becomes the issue of “my” life, becomes “my life”: it “becomes me”. So that in the end the second sense of occupation as “activity for life” seems to loop back to the beginning, i. e. to the more obvious sense of occupation as “takeover”. And back, and forth again, and both at the same time, for “I” is always in-between – just like “work”.

“Este corpo que me ocupa” not only proclaims, and performs, the need not to be moved by a self, it bypass even the desire to be moved by a thing (…) Rather, “Este corpo que me ocupa” propose how to move as thing and how to become-thing. (…) Its title offers a crucial key to the ways objects and subjects co-determine each other. As far as mere matter is concerned, the question of knowing which body occupies another remains a matter for physics or chemistry. However, in the field of subjectivation and instrumental reason, the question of being occupied and possessed by bodies and by objects is the crucial question.”

Singularities, Dance in the age of performance, 2016

Selected of images from Patrícia Almeida with texts from Paula Caspão 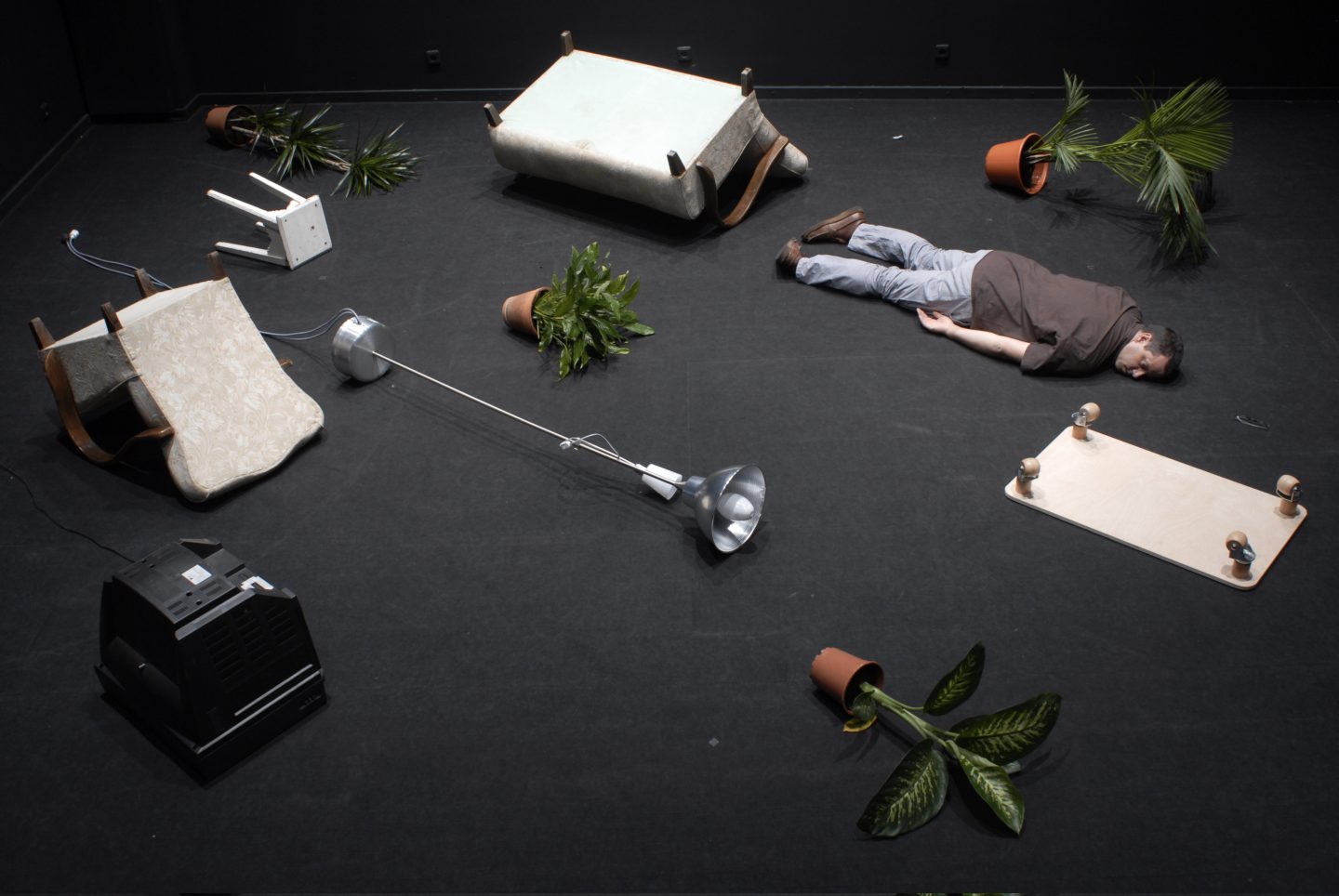 a) A big party not far from here, yesterday night, where the guests – already quite drunk – decided to stage a contemporary version of Sleeping Beauty.
b) The reproduction of an artistic installation on horizontality, that was presented at the Museum of Contemporary Art, 5 years ago.
c) An interesting experiment, conducted in a laboratory of the Neurologic Science Department of a University somewhere in Texas, about the strategies of camouflage practiced by certain humans in closed spaces. 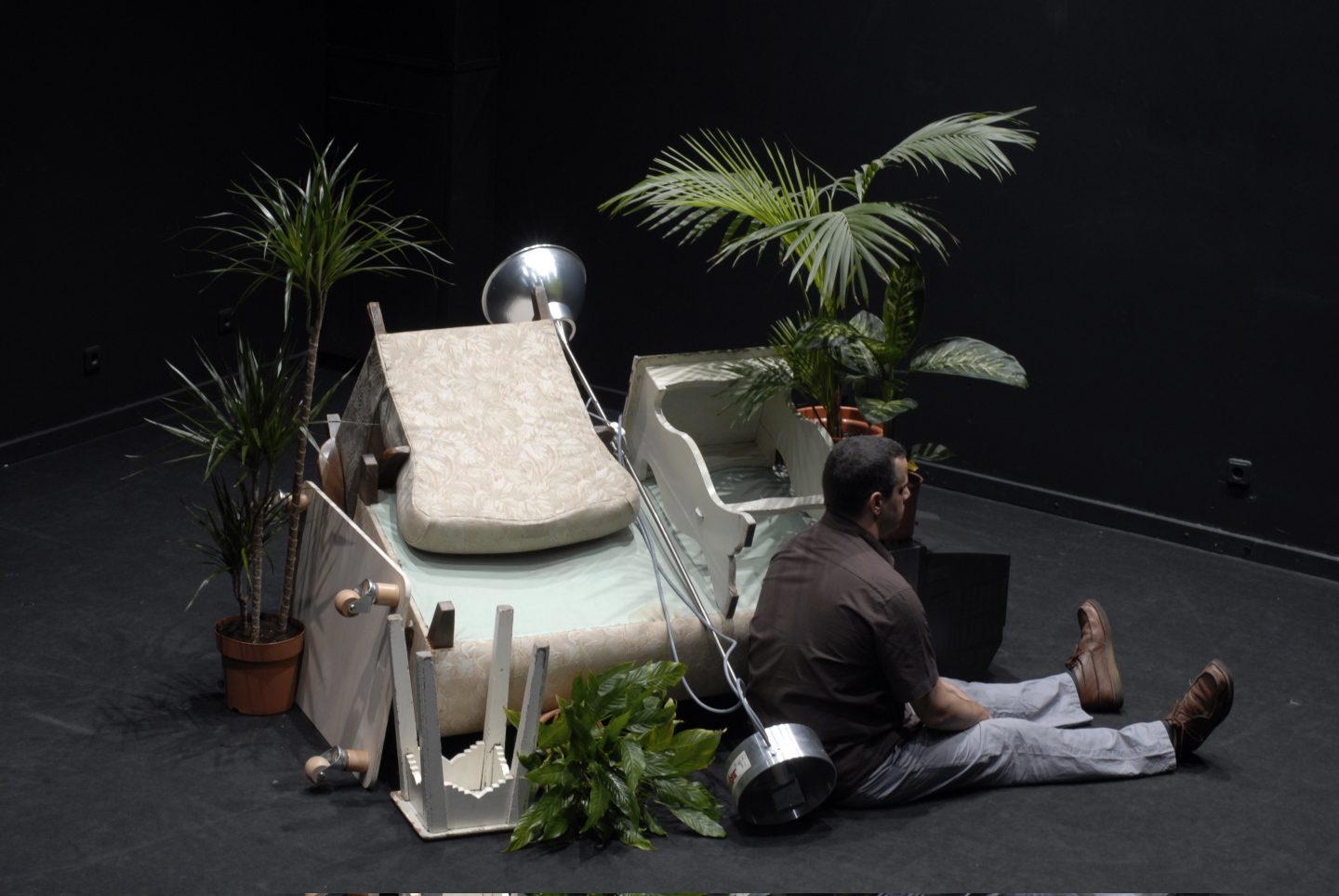 A man who was convinced that his life needed some change, decided to move in a new flat, a new city, a new country, a new continent. If it had been  possible, he would have changed planet as well. All in all, if we take every little detail into account, practical tasks and bureaucracies in one, the whole process took him 6 months. But most surprising is that once everything was ready, it took him another 6 months to get all his stuff in boxes. In fact, every time he tried to organize it according to a specific logic, he would get lost in labyrinths of colors and textures; memories, desires and ghosts, which carried his thoughts away to faraway lands – more exactly to paradisiac lanscapes. In those landscapes, the man would sometimes see himself standing, his eyes semi-closed, his hand protecting his forehead, like someone who expects the arrival of a sailing boat; other times he would see himself sitting, leaning on the trunk of a palm- or a coconut tree, his gaze lost in the horizon line, at sunset – the sun starting his plongeon in the ocean. 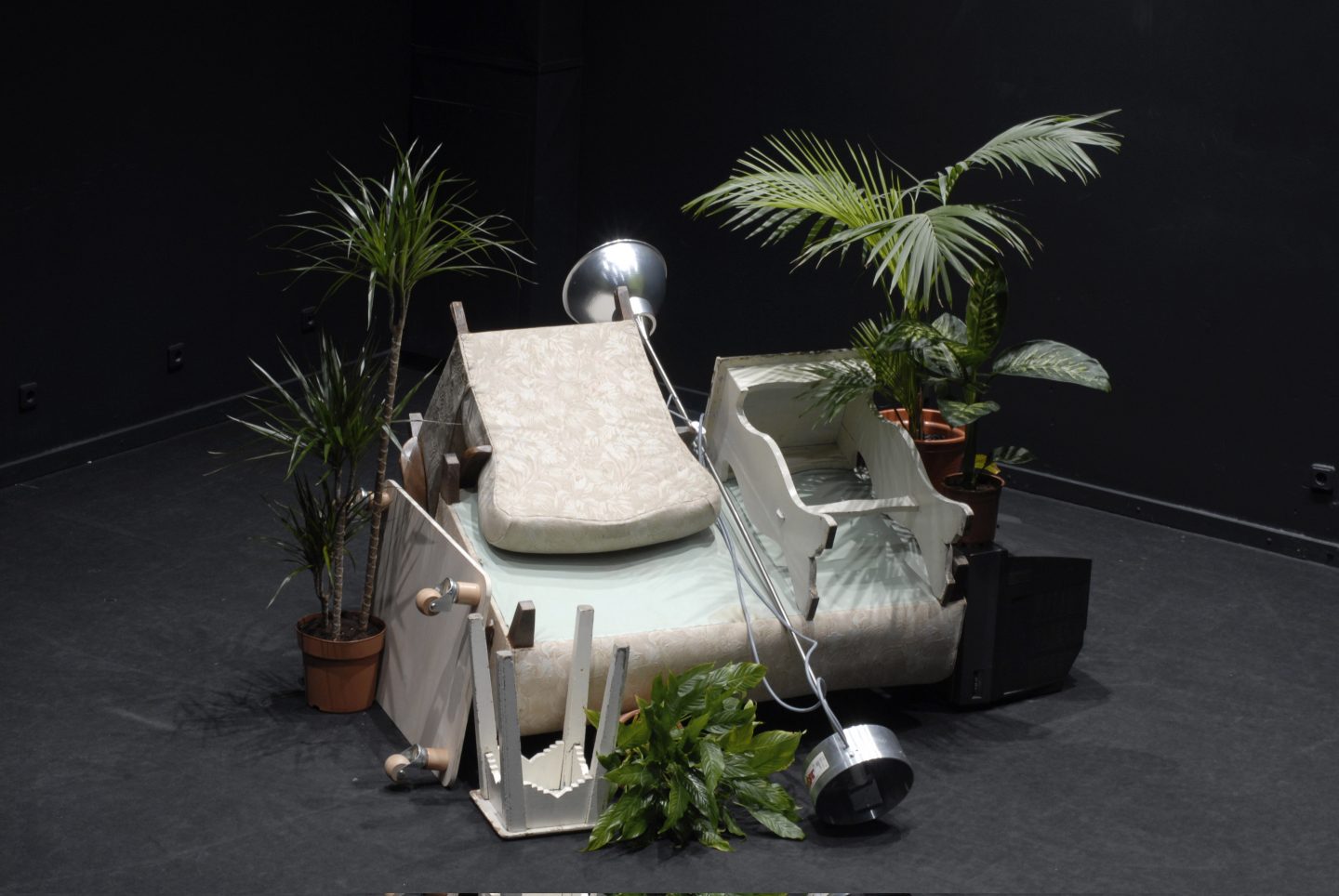 The man stands up and goes home. 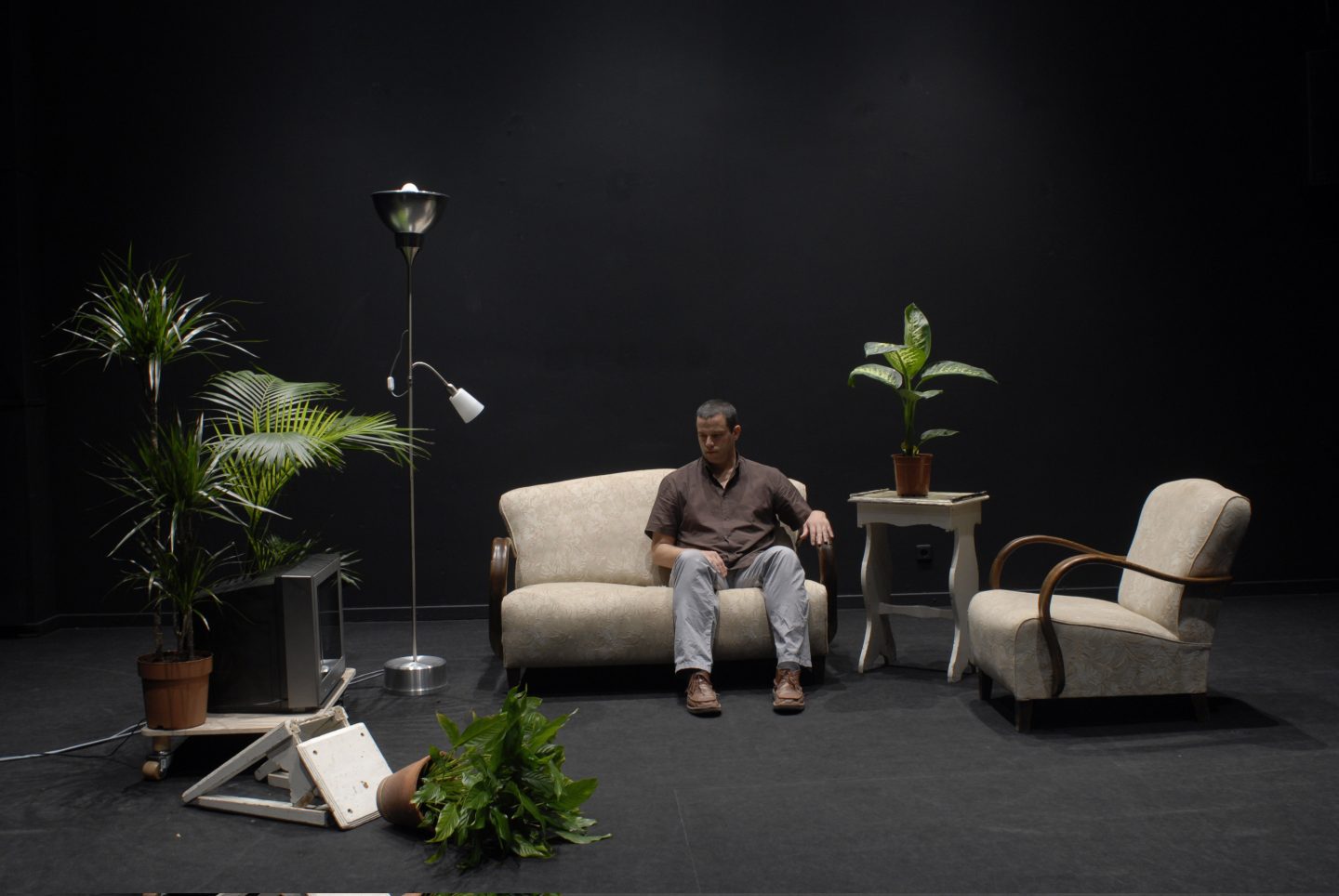 The man – in position of deep contemplation – is delighted, because for the first time in his life he is enjoying the possibility of not reacting immediately to things.