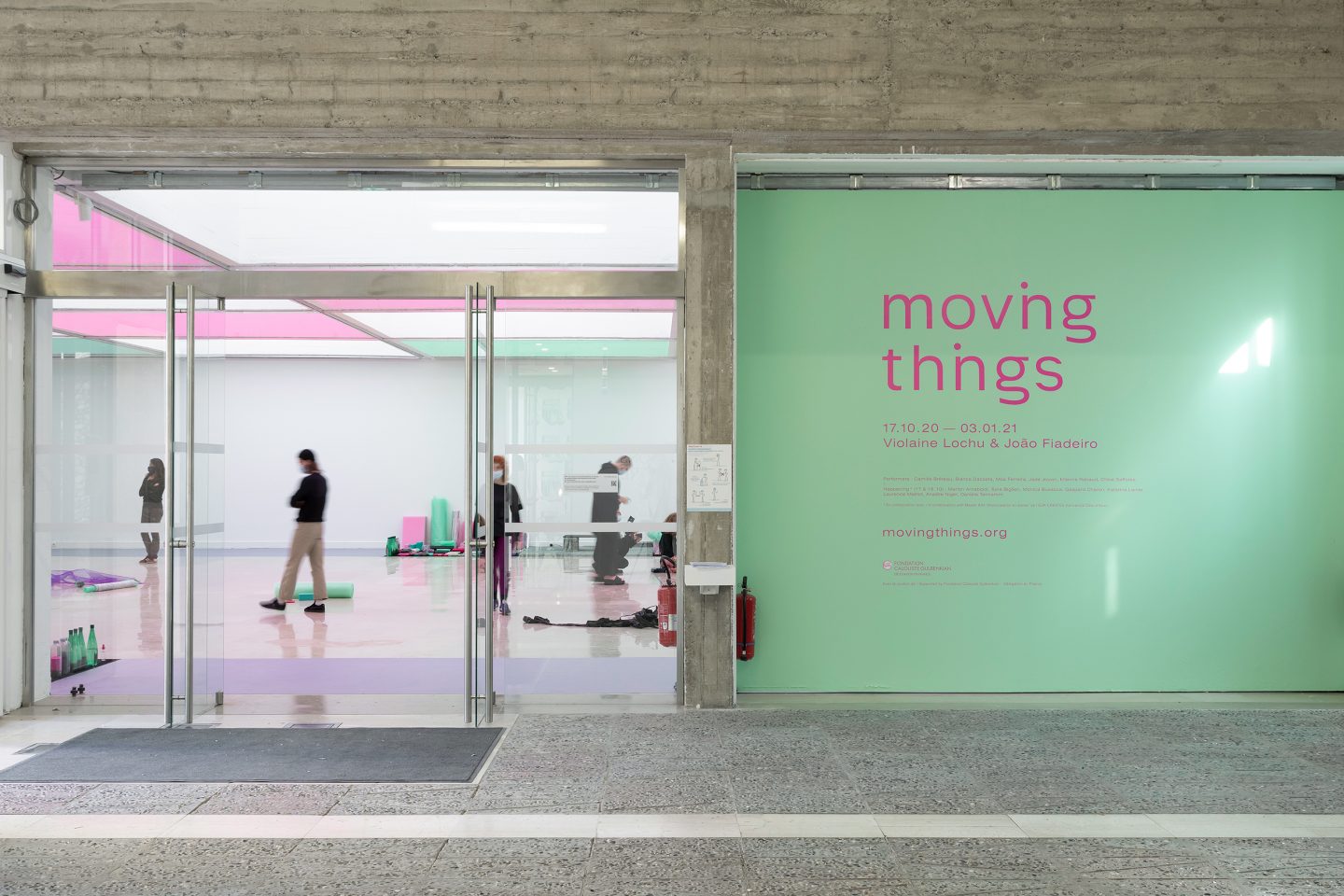 When João Fiadeiro and Violaine Lochu were invited in 2019 to produce an exhibition together to open in July 2020, they did not know each other. The “map road” that would guide them in the making of the exhibition was set from the beginning: indeterminacy and improvisation. Not because our hosts had some premeditatory vision in relation to what was to come (coronavirus hit us in March), but because there was a genuine desire to test the limits and habits associated with the production and the experience of an exhibition. Little did we know that we were all called to test our adaptability skills, a few months later, to a world that turned inside out from one day to the other. Moving Things opening was postponed due to the sanitary restrictions and the new date was established during the period of “truce” that the pandemic gave us all in late summer early autumn of 2020. A window of opportunity where it was possible, for brief moments, to imagine the impossible. And that’s what they did: the first version of the exhibition opened on the weekend, the 17th/18th of October. João and Violaine proposed an exhibition that offered itself as an endless state of “happening”, with performers continuously present throughout the entire length of the event. As if they wanted every day to be a “vernissage day”. 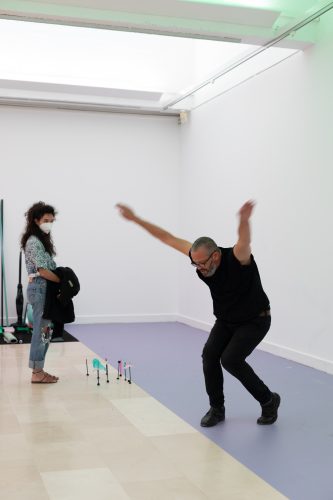 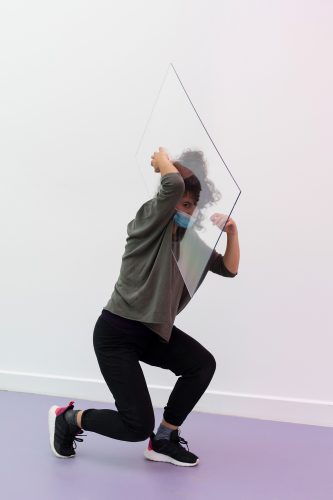 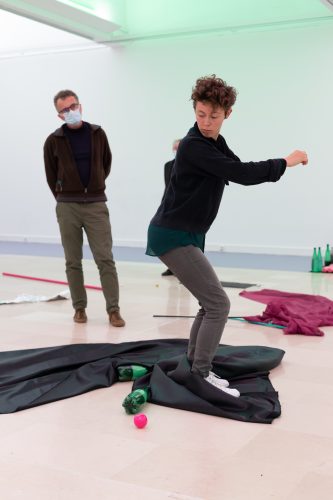 On the tenth day, the exhibition was abruptly interrupted by the second wave of the pandemic. The doors of the Galerie Carrée closed and for days no one entered the room, leaving the “remains” of the last day of the exhibition / presentation closed inside. Not because they couldn’t get in but because they didn’t know what to do. Like everybody else, they were stunned and immobilized. Three weeks after the exhibition was canceled, João Fiadeiro and Violaine Lochu decided to “mourn” the first version, and put together a second version. They cleaned the room and rearranged the dispositive in a more intimate and “acoustic” scale. From that new environment they improvised a series of short performances (without public) where the only restriction was to start from the same point of departure: face to face. They did almost 40 performances that took the whole day, on November 16. In the end, the whole space of the Galerie Carrée was full of traces of the experience, replicating the “last scene” of the first version. With an important difference: each performance was individually filmed by the videographer Cécile Friedmann, allowing the visitor to track the performances through a QR code placed near each “remain”. This creates both a phantasmagoric experience that respects the general feeling we all had during the pandemic days (whenever we crossed the streets or visited spaces), and a sense of “presence” through the virtual access of the improvisations that gave rise to the traces. 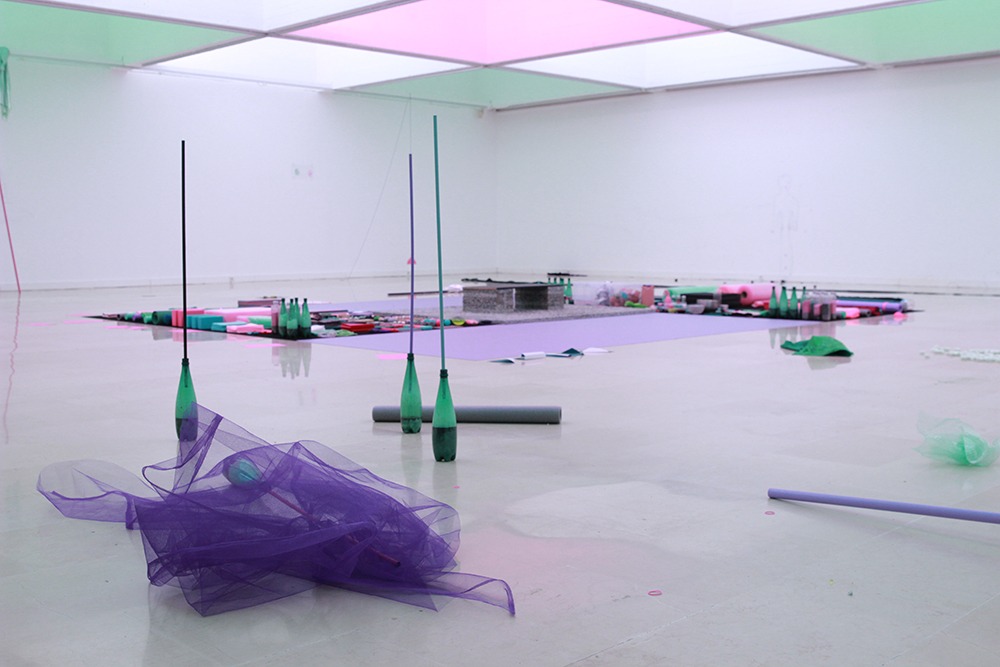 To access the archive of Moving Things please go to movingthings.org a site design by Christophe Hamery